Cats and dogs have been around for a long time. They’ve evolved along with us, so it’s no wonder that we feel so strongly about these furry companions.

Cats originated in the Middle East and Asia, and they were domesticated as early as 10,000 years ago. Dogs have been domesticated for about 15,000 years — but some experts think they may have been tamed even earlier than that.

The first evidence of cat domestication comes from Cyprus and Israel, where archaeologists have found burial sites containing cats who were buried with humans. These cats probably lived in human homes, acting as pest control or companionship (or both).

Cats were also considered sacred animals in many cultures throughout history — especially those who worshiped goddesses like Bastet (the Egyptian lioness goddess), Astarte (the Phoenician fertility goddess), or Artemis/Diana (the Greek moon goddess). In ancient Egypt, cats were associated with royalty and wealth; they were often mummified and preserved after death by wealthy owners who wanted to continue to enjoy their company in the afterlife.

The earliest recorded evidence of dogs being used as hunting companions dates back to 14,000 B.C., when burials of humans and dogs dating back way earlier.

Cats were celebrated in ancient Egypt

Cats have been around for about 9,500 years. Scientists estimate that the domestic cat emerged from the wildcat, or Felis silvestris, around 10,000 years ago in the Fertile Crescent of the Near East.

Cats were celebrated in ancient Egypt and were treated like gods. It is said that the goddess Bastet was created in the shape of a cat, which was worshipped as a deity by people all over Egypt.

The Egyptians also worshipped cats because they believed that they protected them from venomous snakes. They were even mummified in order to be able to protect their owners after death.

The ancient Egyptians used cats as pets and sacrifices because they believed that if they did so then their souls would go straight to heaven after death. They also made them into religious objects by wearing them as trinkets around their necks or placing them in shrines dedicated to their favorite gods.

Dogs Also Had Their Place in Ancient Egypt

Dogs were so well-loved that the ancient Egyptians believed their pets would join them in the afterlife.

Dogs are often seen as man’s best friend, but the Egyptians took their relationship with canines to the next level.

The ancient Egyptians had a deep appreciation for dogs — so much so that they believed their pets would be waiting for them in the afterlife.

In Egyptian mythology, Anubis was an important god who weighed hearts against a feather in order to determine if people would be accepted into heaven or sent to hell. He also was associated with death and rebirth, and he often appeared as a jackal-headed man who performed funerary rituals. However, his most important function was judging souls during the Weighing of the Heart ceremony after death.

According to legend, Anubis had two forms: one as a black jackal and another as a human with black skin and curly hair who wore a crown of feathers on his head (similar to how he appears on coffins). He had large ears and big eyes, which were meant to catch any sound coming from the underworld so that he could hear what people were saying about him — good or bad.

Dogs and Cats in Western Europe

Dogs and cats have been a part of European culture for hundreds of years, but the way we treat them today is different from how we did in the past. The domestication of dogs and cats goes back at least 12,000 years, but it’s hard to say exactly when people first started keeping them as pets.

The earliest evidence of domestication comes from a site in Siberia that dates to about 14,000 years ago. At another site in Germany, archaeologists found bones from two adults and four juvenile foxes buried together with tools and jewelry. That suggests that early humans who lived there may have considered foxes to be companions or even family members.

There are many different theories about why humans started keeping animals around — some think it was just because they were easy prey; others think it was because they provided food (and sometimes clothing) or because they helped with farming tasks like hunting rodents or guarding livestock. But there’s no evidence that pets were ever used as food until quite recently — even in countries where dog meat is still eaten today, pet dogs were kept long before they were ever eaten by humans.

Pet owners are using CBD for their pets. Some people are using it to treat joint pain and inflammation, others for anxiety and behavioral issues.

CBD is a non-intoxicating compound found in cannabis that does not cause psychoactive effects. It has been used to treat humans for thousands of years, but has only recently become popular with pets because of its purported health benefits.

One of the most common uses is to reduce anxiety and help with other behavioral issues. Pets get stressed out too, just like people do. Some dogs bark at noises outside or people walking by their house, for example. Other dogs are afraid of thunderstorms or riding in the car. Some cats scratch up furniture or urinate outside their litter box because they’re stressed out by something that’s happening in their environment or their owner’s schedule changing suddenly.

Pets are exposed to many things on a daily basis that can cause them stress; however, CBD for dogs can help calm them down and make them feel more relaxed so they don’t have as much trouble adjusting to new things going on around them!

Another popular use for CBD is treating joint pain and inflammation in older pets who are starting to lose mobility due to age-related arthritis or other joint diseases such as hip dysplasia.

We Will Probably Love Cats and Dogs Forever

We are a society obsessed with cats and dogs.

The internet is full of cat videos, dog memes and pictures of adorable animals. In fact, even though we love our other pets like birds, fish, reptiles and even hamsters, cats and dogs are still the most popular pets in America.

According to the American Pet Products Association (APPA), there are 74 million cats living in American homes today. That number has increased by 9 percent since 2012. The number of dogs has grown from 77 million in 2012 to 83 million in 2017.

Dog owners spend about $3 billion each year on their pets — more than double what cat owners spend on their feline friends. And when it comes to spending money on their pets, Americans are willing to shell out a lot more for cats than they do for dogs — $39 per month compared with $25 per month, respectively.

The reasons why so many people love cats and dogs are varied but seem to boil down to one thing: They’re cute! If you look at this list of the most popular dog breeds in America or this list of the most popular cat breeds in America , you’ll find that most are small-to-medium sized dogs or cats that tend to be very social creatures who enjoy being pet, and we love them being pets! 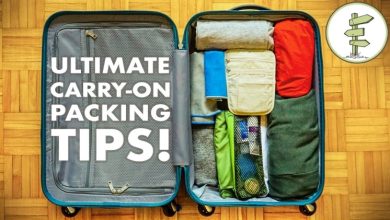 How to Pack a Suitcase: 7 Tips for Travelers

How To Increase Amazon Ad Impressions (A Beginner’s Guide) 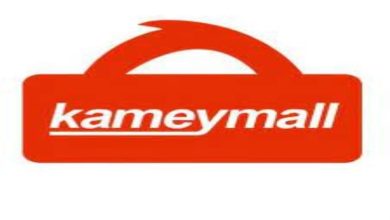 Kameymall- The Most Comprehensive Online Store for All Your Shopping Needs 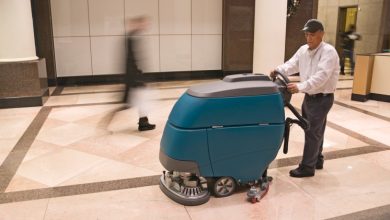 7 Reasons To Hire The Right Janitor For Office Cleaning