There are a number of industries that have called Australia home, and now, for the first time in history – medical cannabis could be one of them. While it has been a long and winding road to get to this point, medical cannabis has a great potential in this country, both in cultivation and in research contexts.

Since the landmark decision by the federal government to legalise the use of medical cannabis (under admittedly strict conditions) the interest in the substance as a viable alternative to certain medications has lifted the eyebrows of many around the country. The decision in 2016 to legalise it for medicinal use was heralded by supporters and backers of medical cannabis. In the years since, there have been slight changes to legislation that has made it easier to access for a wider berth of the population.

With more research being conducted, a wider group of real-world examples, and a decreased stigmatic perception on the utility and image of marijuana in general – Australia is in the prime position to become a cornerstone of the industry, and purveyors of high-quality medical cannabis.

First, let’s explore the cultivation side of the equation. Australia has a lot of land it is fair to say, and there is a rich and storied history with agricultural exponential growth and the Australian identity. That being said, as it stands, the cultivation and harvesting of medicinal marijuana is still quite controlled and understandably licensed under strict guidelines across the board.

One of the ways that Australia can get a foothold in the ever-increasing and growing market would be to either relax certain restrictions on the cultivation side and allow more independent manufacturers to assist in providing high-quality products for consumers and patients.

If we ramped up the production of understandably safe, contaminant-free medicinal marijuana in Australia, we could become premier exporters and increase our reputation as strong producers and exporters.

Perhaps we don’t need to go whole hog into the supply chain business straight away. We are a nation of researchers and could invest more of our resources and energy into understanding the impacts and utilities of medical cannabis on the body and its propensity for helping against a variety of ailments.

There is a lot of money and power in the research potential of any given industry, and while there are some studies all around the world on the impacts and effects of marijuana in general, Australia could be leading the way in terms of throwing everything into discovering new and innovative treatment pathways with medical cannabis.

How Do We Get There?

That’s the million-dollar question at the end of all this. How are we best able to get more attention on researching and cultivation in the country?

Well, judging from the latest election, it seems that the public may be the power behind instrumental changes to the status quo. Queensland is certainly the state to watch, with a high level of support being filtered into the state, and some interesting horizons in the industry.

Is BitQS Bitcoin Robot A Scam? 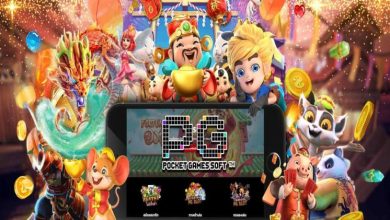